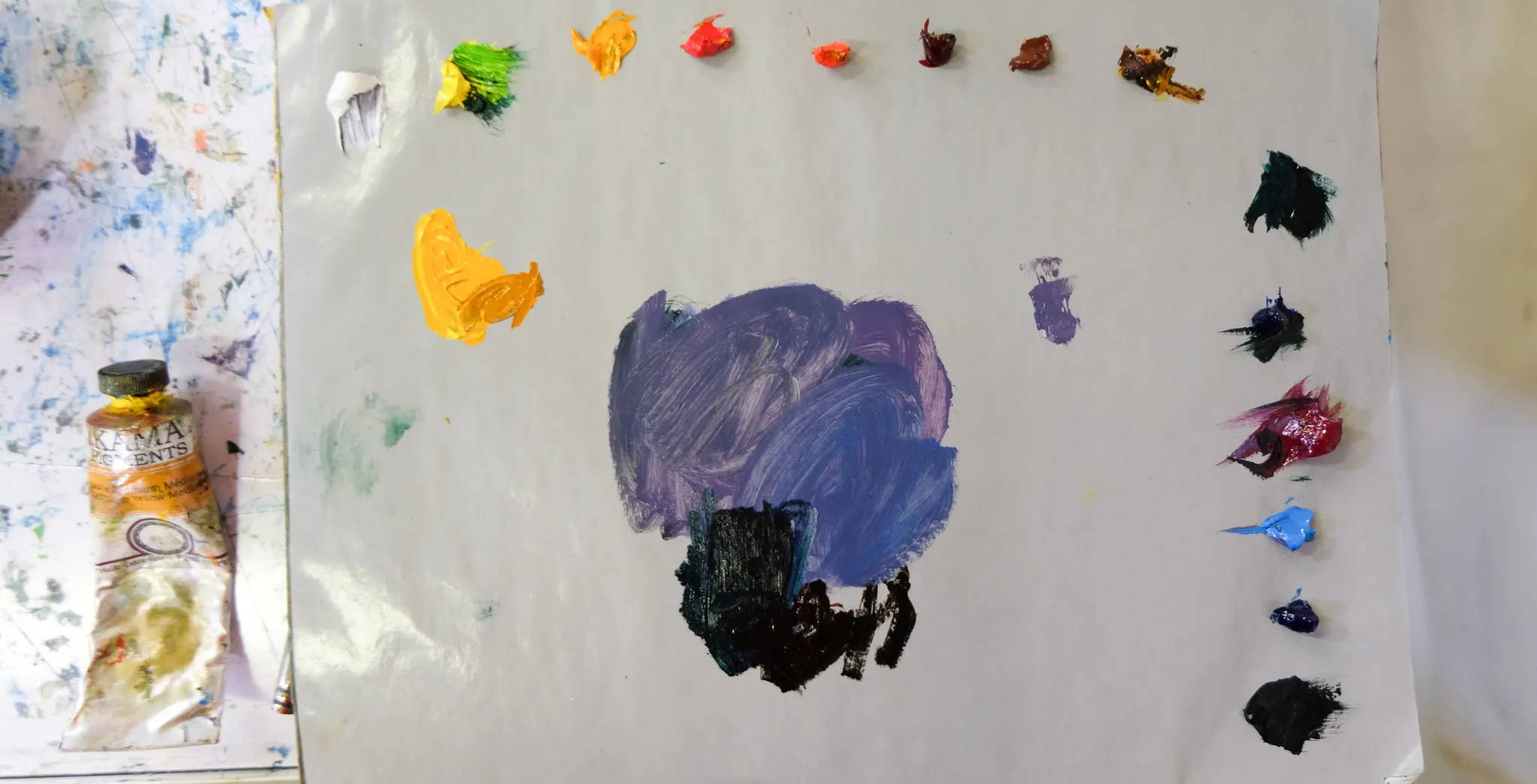 In the studio w/
Raoul Olou 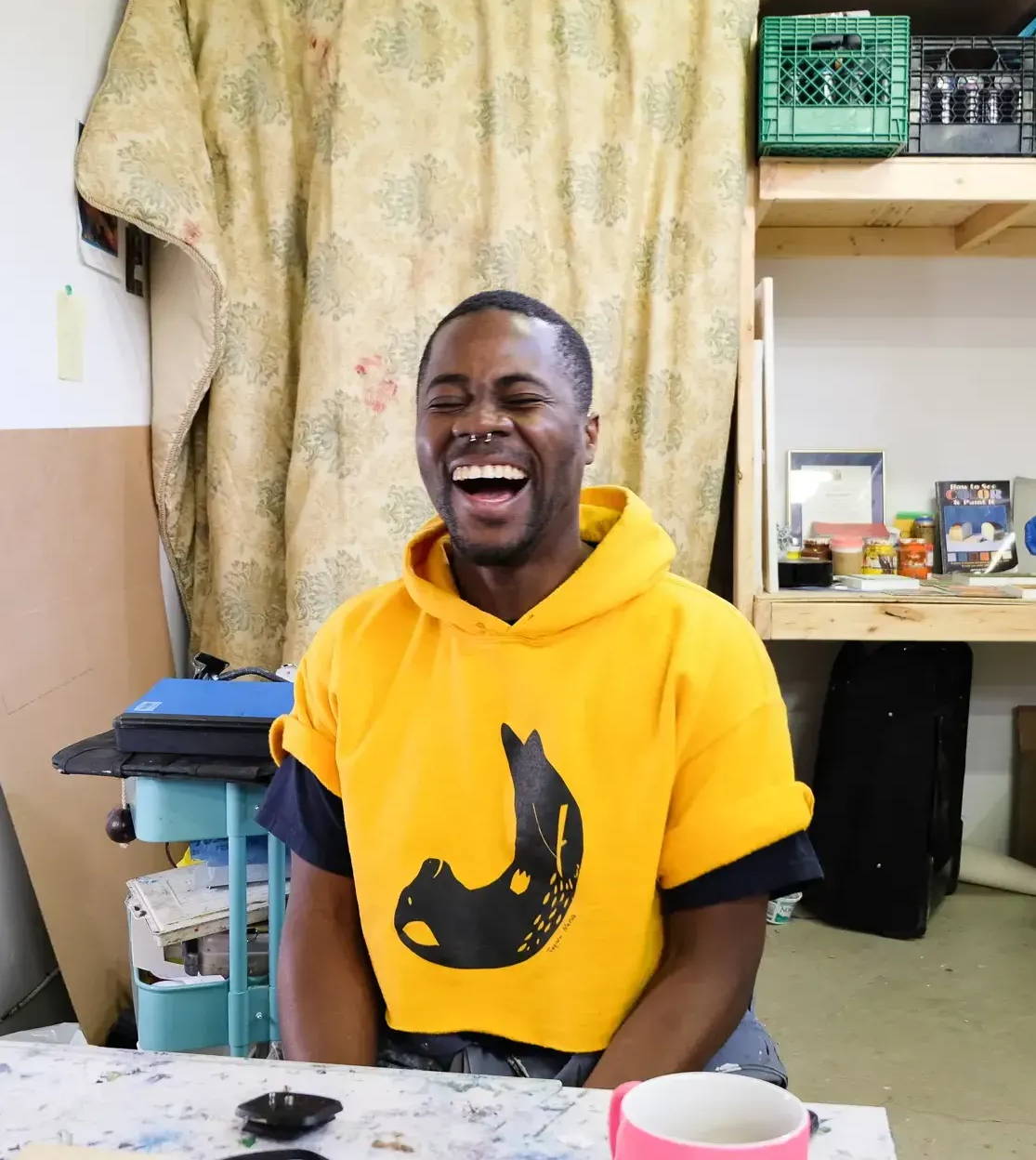 You would never know that Raoul has only been painting for three years. The confident, observant way he applies paint to paper would suggest he's been perfecting his craft for much longer. A few months ago I visited him in his studio, back when we could laugh in person, and discussed his background in animation, discipline, creativity, and how to get your very own commission of his work.

"I feel that creativity is not just doing things, but also about the intake of anything."

How did you get into painting?

I actually really disliked painting when I went to art school in France, the teacher was really strict and laughed at my first attempt. I only re-started it because I was directing my own films in animation school and I needed to create my own backgrounds so I had to figure out how to do it.

What has the process been like as someone who is relatively new to the medium?

It was really confusing to find clear instruction on how to and improving was really hard.

Are there artists/teachers who have helped you develop those skills? How?

Yeah! When I moved to Toronto I decided that I wanted to learn painting seriously so started taking classes at a place called Studio West and I kept taking classes after classes with Keita Morimoto and Megan Ellen MacDonald and that was the best decision that I could have taken, I’ve learned a ton from them.

What encouraged you to start in animation?

I was always interested in animated films and video games since I was a kid (not a fan of disney tho) and while living in Dakar, Senegal I met someone (Pierre Sauvalle) that started the only animation studio in West Africa (Pictoon). I applied for an internship after calling him everyday (except weekends) for 2 weeks, but when he saw my portfolio his jaw dropped because it was so bad… but luckily he had a friend that had just started an animation school in France in Orly (in the castle of George Melies, the father of special effects, another sagittarius) so he told me to apply. I did and failed the animation exam, not a huge surprise, that portfolio was actually really bad. So I had to register to a school to prepare for animation/art school entry exams and i got in animation school the following year. 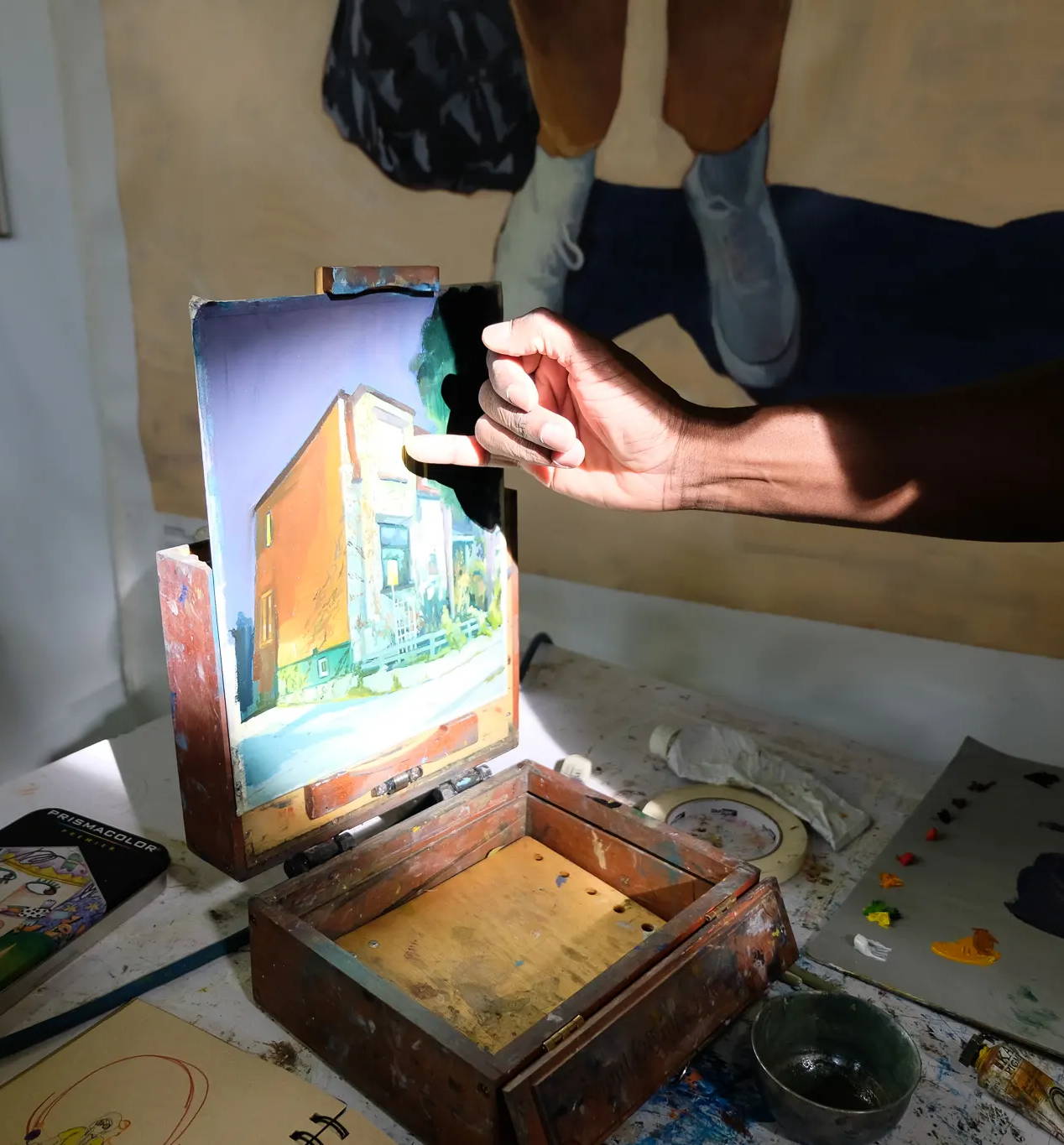 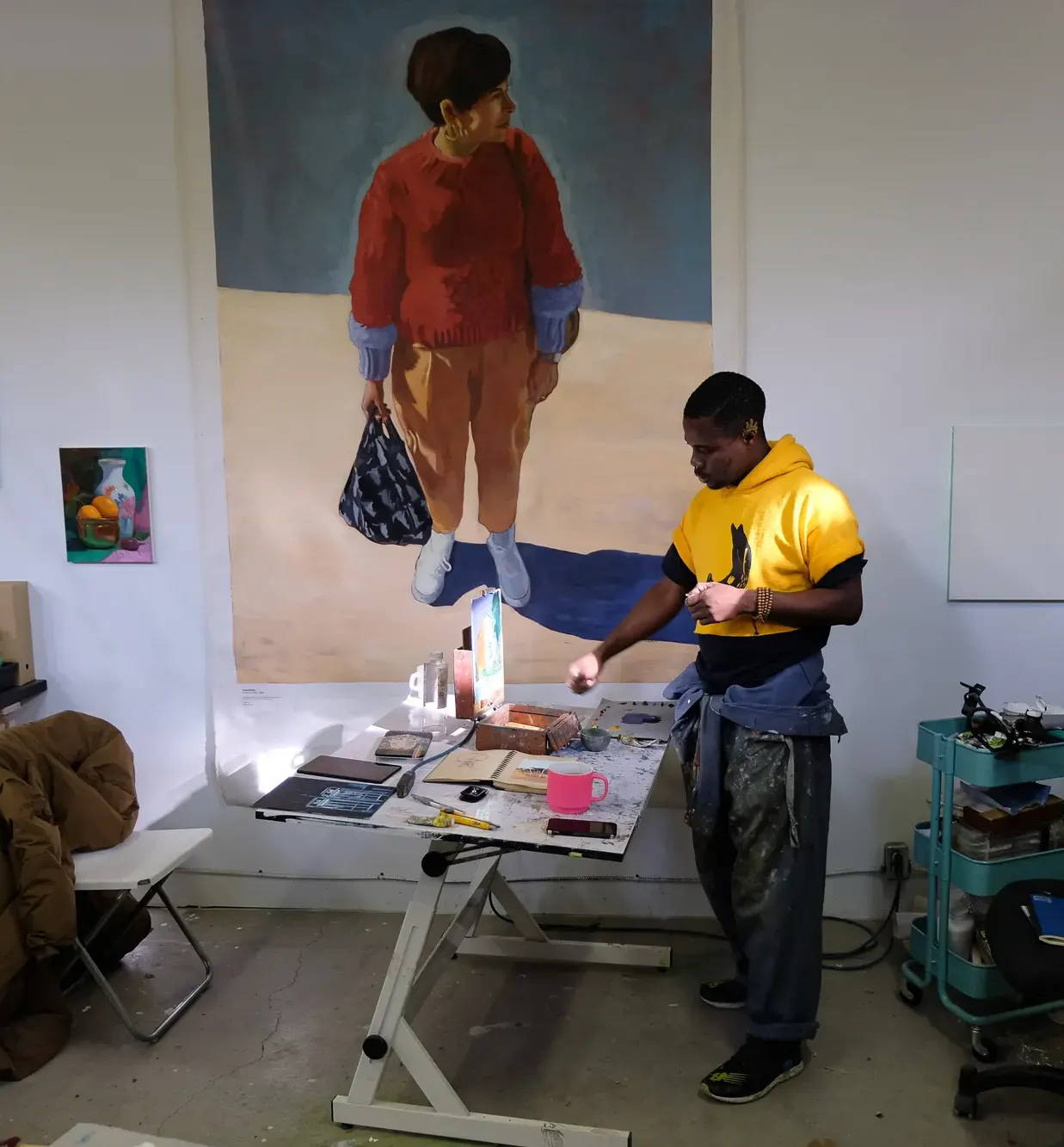 Do you think the discipline required in animation has helped you develop your painting skills more quickly?

I truly believe animation is the most extreme way of making a film, you have to create absolutely everything and it requires a high level of focus and stamina in order to have a finished film, so working in that field for 10 years really helped making the transition to painting. I once had to make a 1-minute film that had 1044 frames that I painted individually for 4 months so moving to painting 1 image for 2 weeks was a nice transition.

What inspired the move to Toronto?

I was living in Montreal, rent was cheap, but I felt that I would grow professionally in Toronto because of the number of animation studios there. 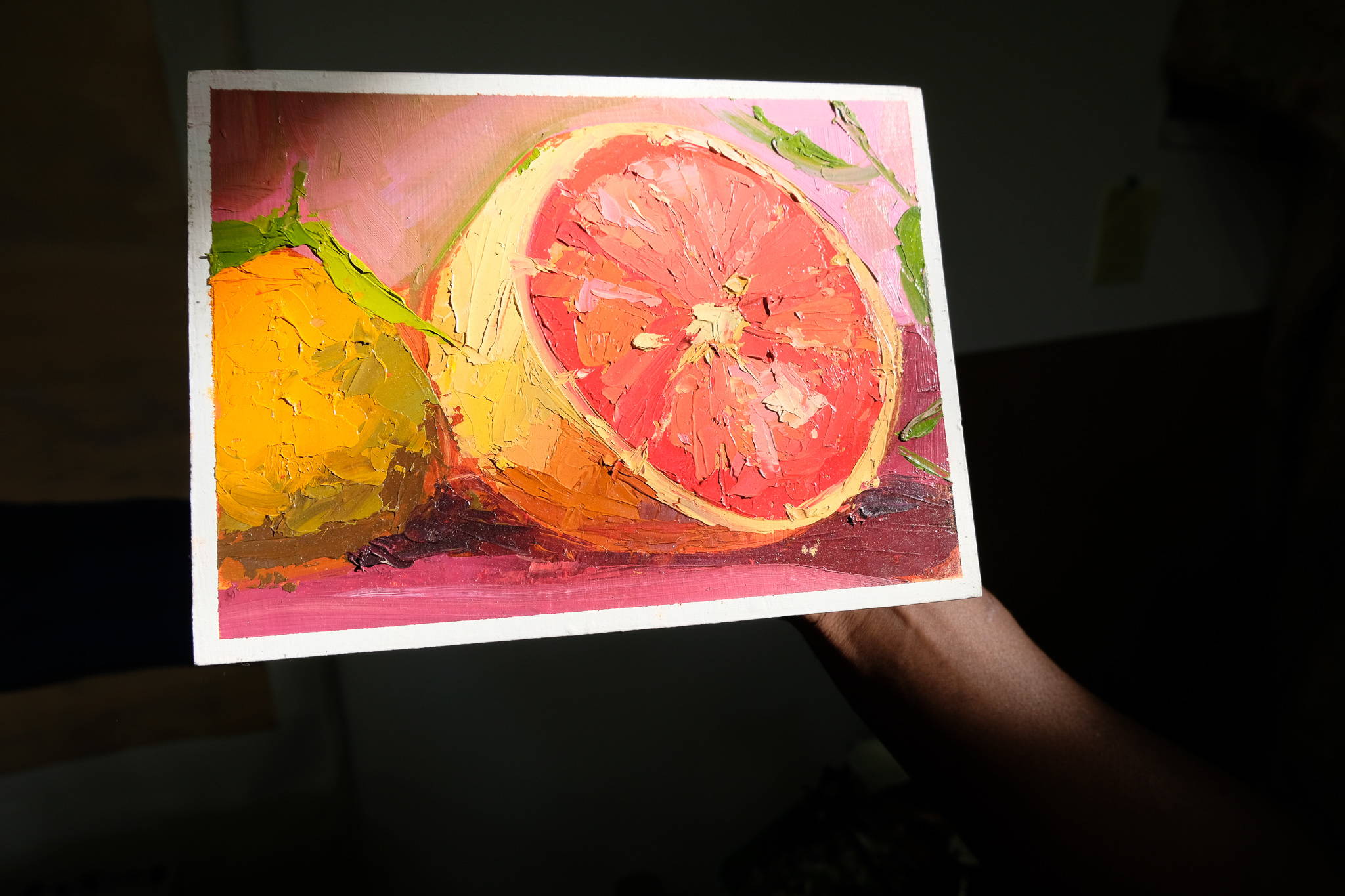 Where do you find the most inspiration for your painting?

My friends and the city. That sounds like a thing Drake would say but it’s true.

I’m also really interested in how light interacts with objects/people/places and how to bring more abstraction in my representational work. And other painters, too.

Do you sketch and paint while traveling?

Yes always, that’s my way of journaling, not getting bored and make memories.

Do you tend to work from real life or photographs?

I do both, sometimes I will start a painting from real life and finish it using photos that i took. 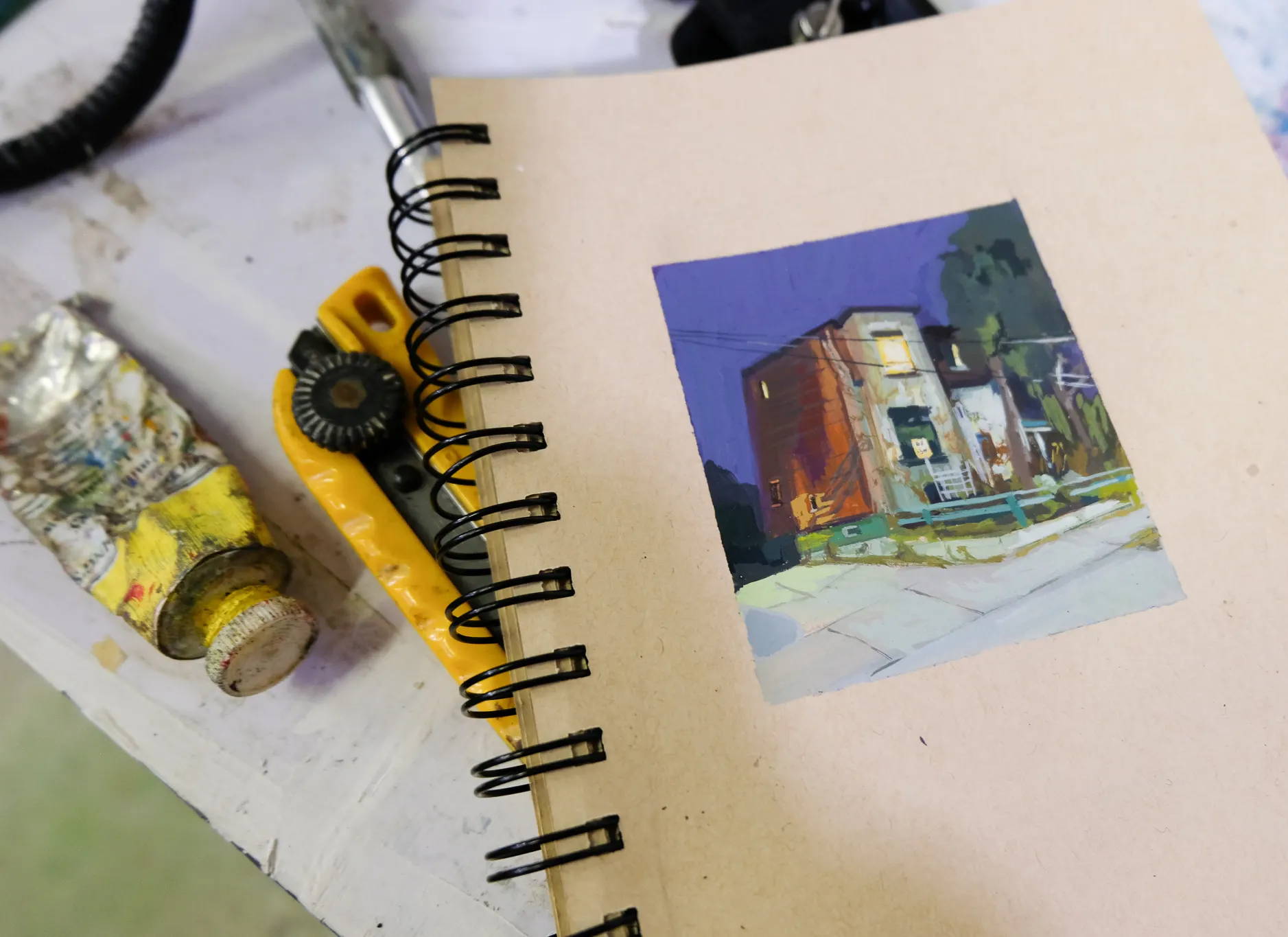 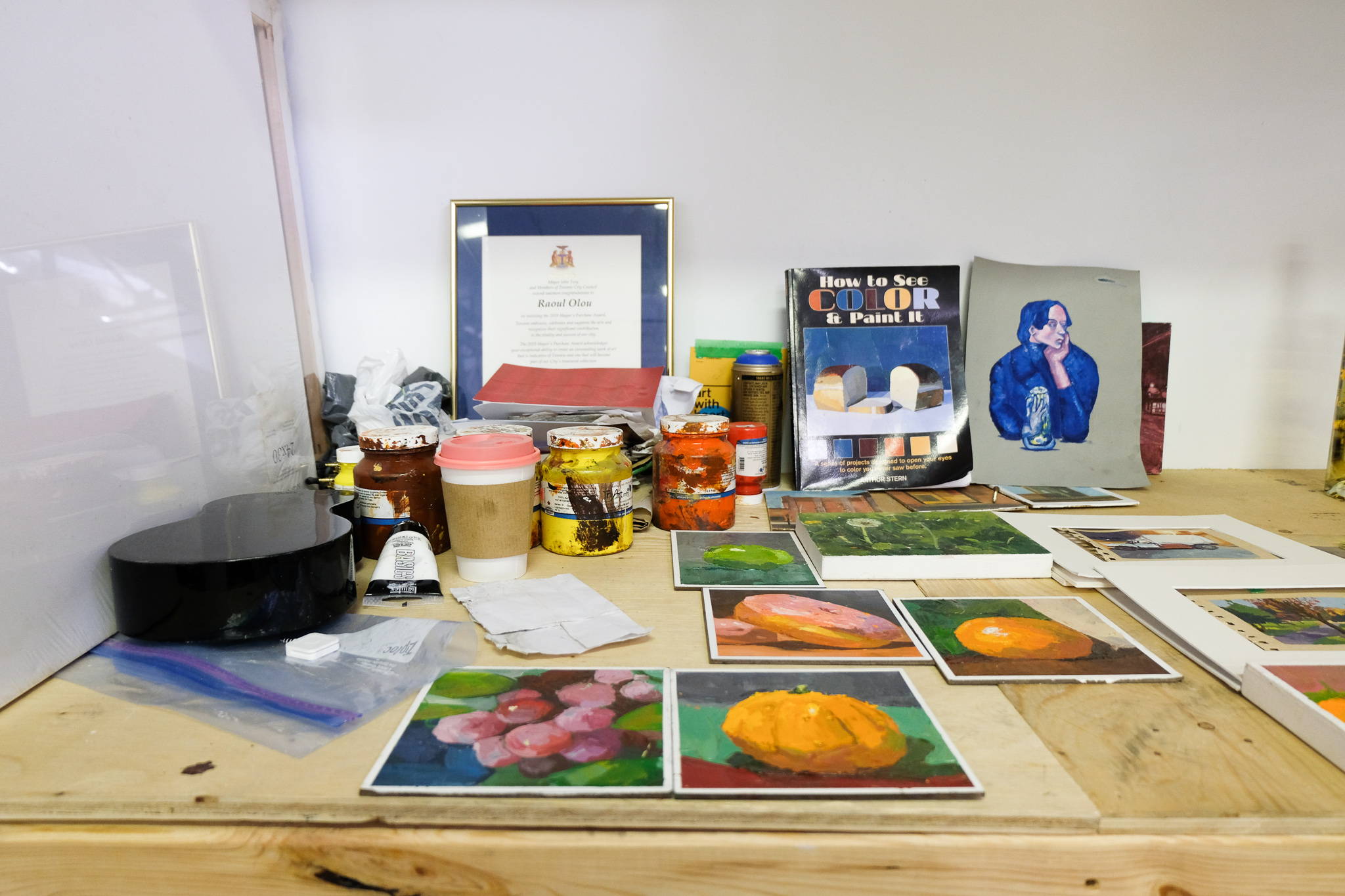 When you get to the studio do you have a routine to get in the zone?

Yup! If I have to do admin work I usually time myself (in increments of 25 mn) with no distractions and if I’m painting, I just put on my jumpsuit, start my favourite track on my playlist and I’m usually good.

How do commissions work?

I usually get contacted via my website or on Instagram or my online store and start discussing with the client about what they want for themselves or for someone and we go from there, it’s pretty straightforward. Then money is exchanged and the work is done with love and care and everyone is hopefully pleased and they have the piece forever, and their friends, family and neighbours love it. Maybe it becomes the first thing they see in the morning when they open their eyes, and then they get more commissions in the future. It’s really straightforward.

How are you staying creative right now?

Right now I bike and read a lot, and chat with friends. I feel that creativity is not just doing things but also about intake of anything. 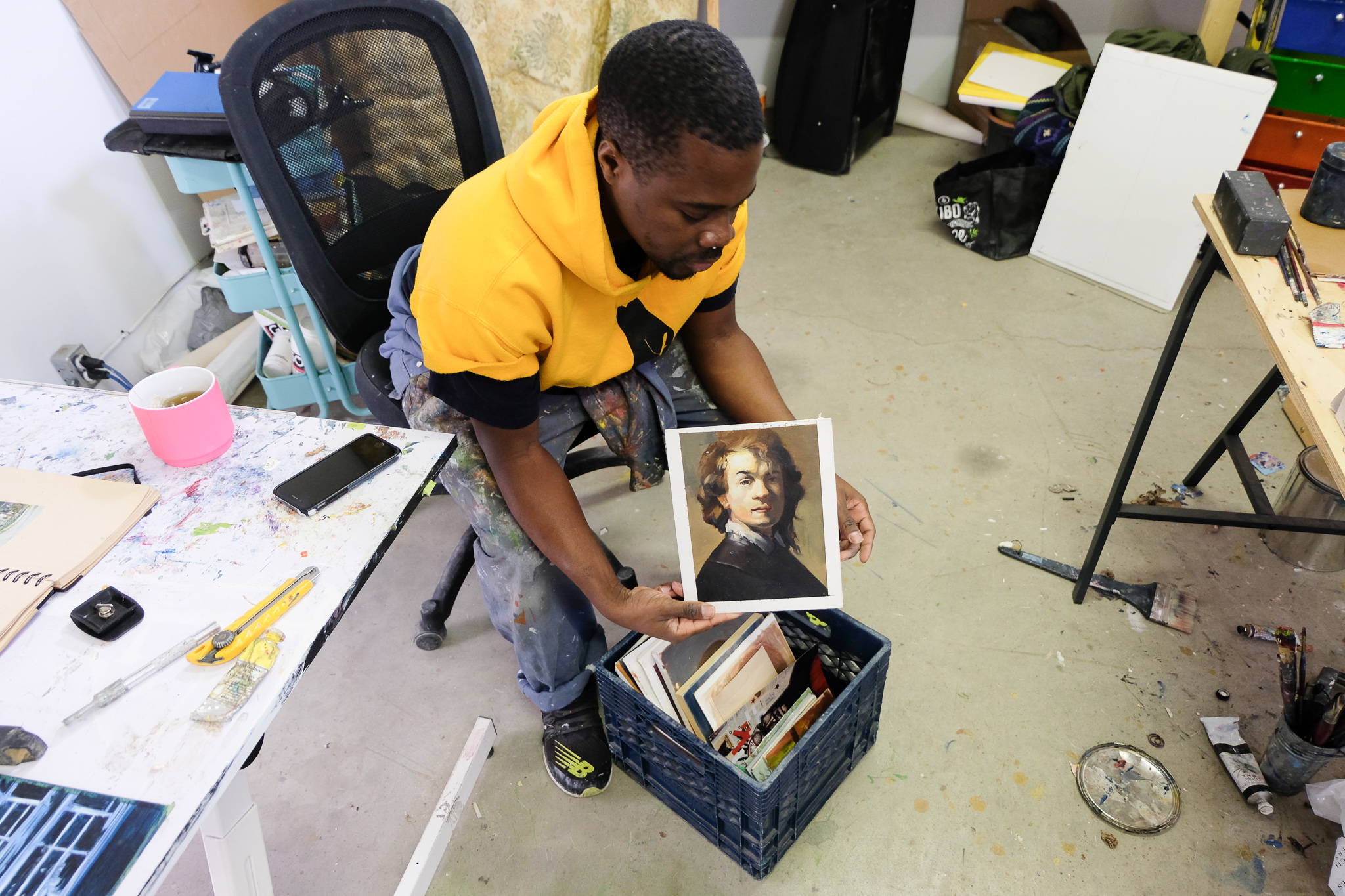 Get work that moves you even if you don't fully understand why.

Thank you for joining us! You can find available work by Raoul here.

In the studio w/ Julia Balfour

✎ Back to the Journal
Ninth Editions Home Page ツ