We're excited to introduce a new behind-the-scenes series with Raoul's collection of original paintings. In his new release, Raoul combines paper making and oil paint to create a series of four intimate works that radiate with light and warmth.


"The process of making these sheets of paper was very meditative and physical."

In Raoul's new series, each sheet of paper is artist-made. His process begins with hand-selected abaca fibers which come from the abaca plant, a relative of the banana plant native to Southeast Asia. The fibers are cooked to soften and break them down into a more malleable substance. They are beaten into a pulp either by hand or mechanically (sometimes both) before being pulled into individual sheets.

The process of breaking down these natural fibers results in paper that is a lot stronger and harder to tear than, for example, mass-produced printer paper. When the paper is complete the fibers are still distinguishable, bringing a natural quality that serves as a reminder of the journey and process of its creation.

Following this, the pulp is placed in a large vat of water and pulled up from the water on a framed screen. Excess water is squeezed from each sheet before it is laid flat to dry. Once dried, the paper is coated with a layer of size (gelatin) to protect against oil absorption in preparation for when paint is applied.

Want to learn more about fibers used in paper making? Check out this information-rich article from Mother Earth News. 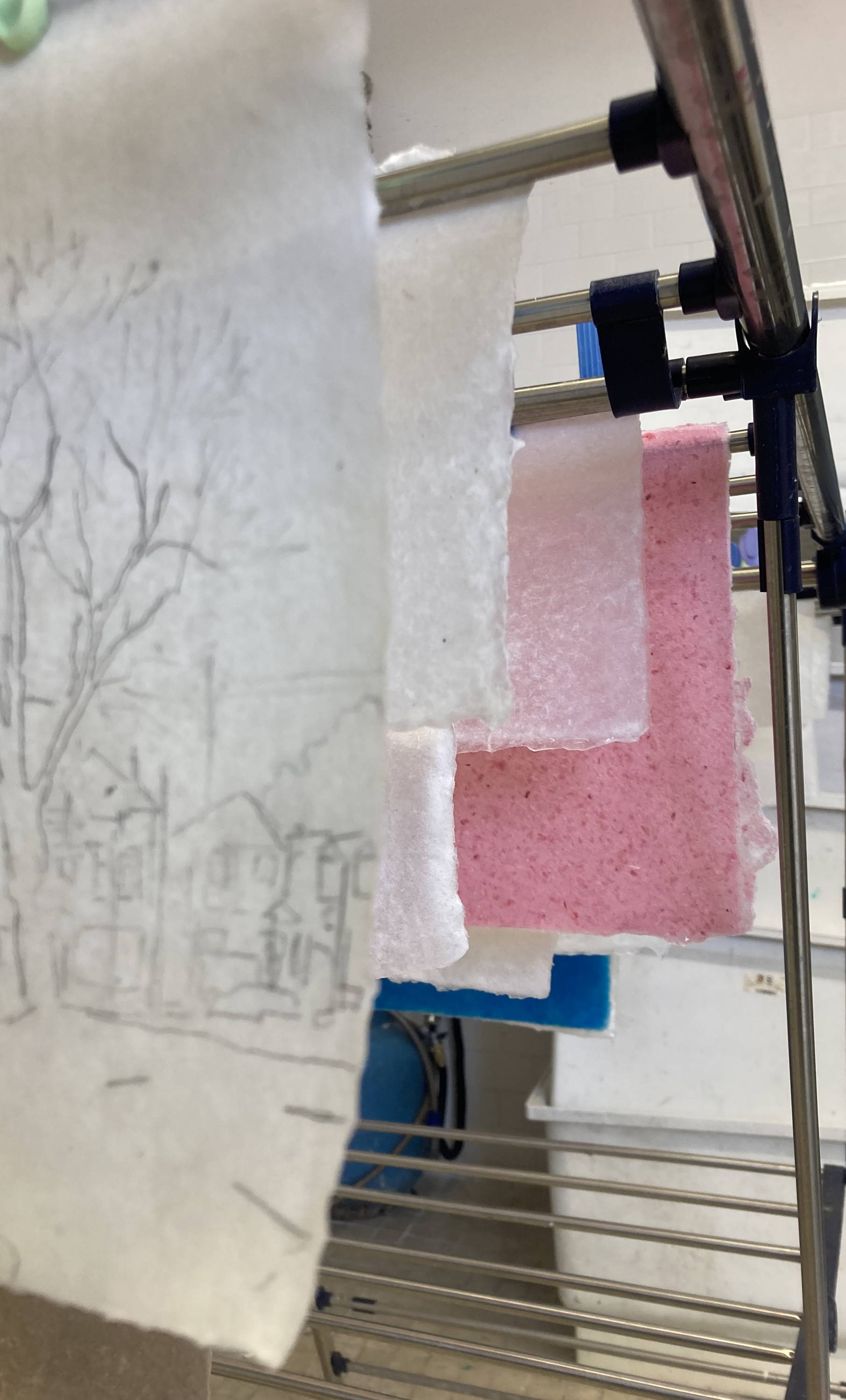 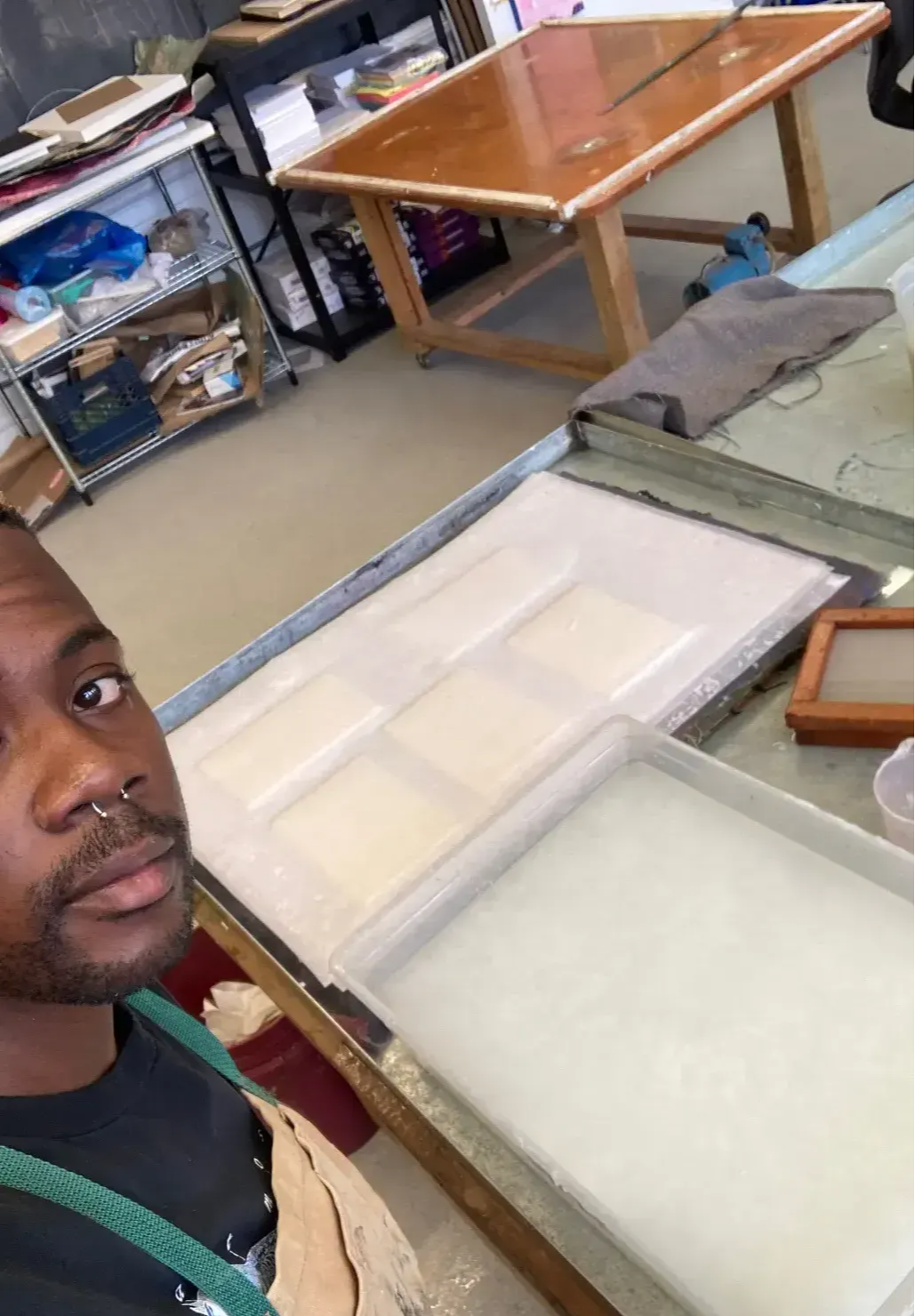 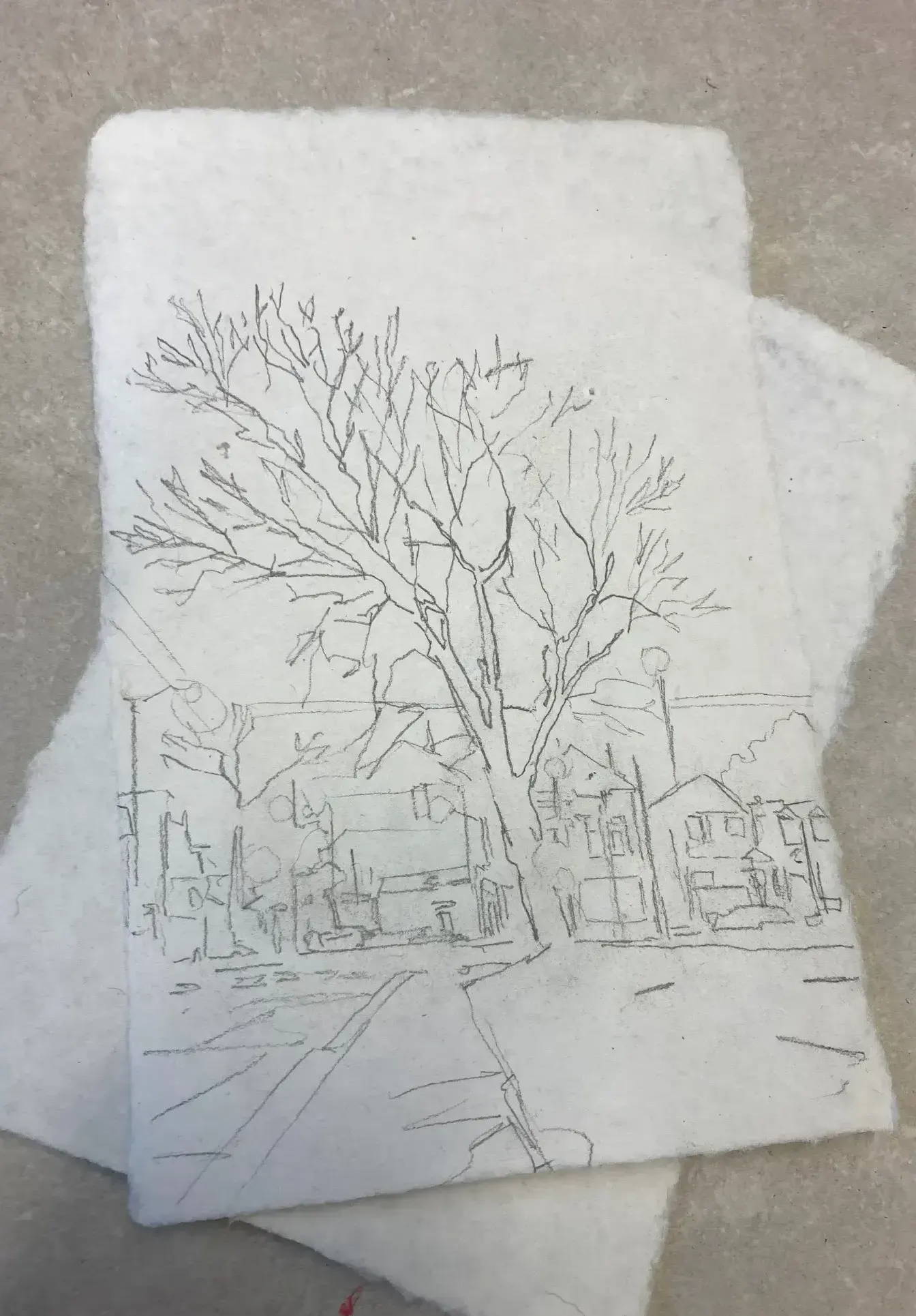 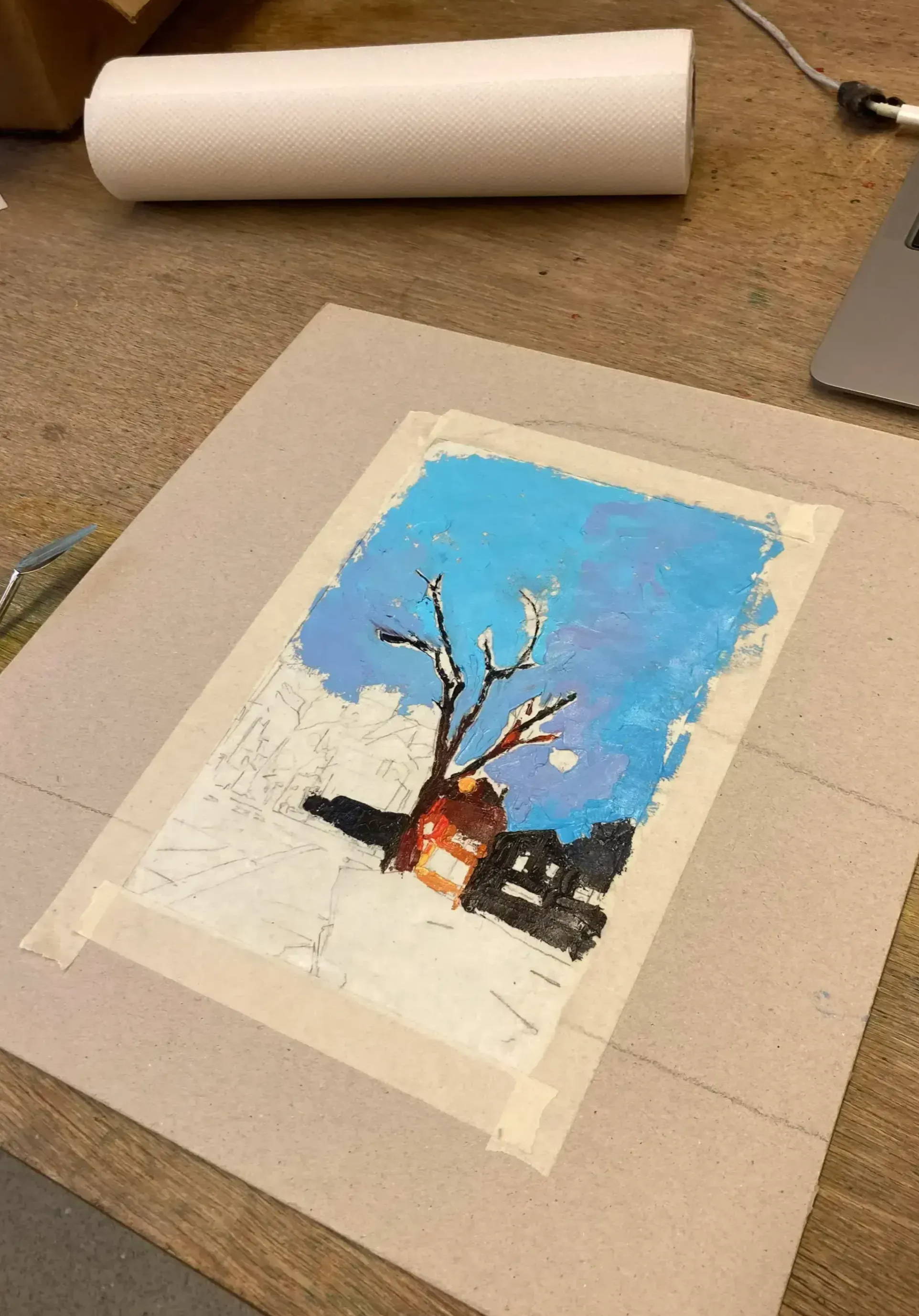 "All that process came before I started painting and the act of painting felt like the last step of garnishing a dish." 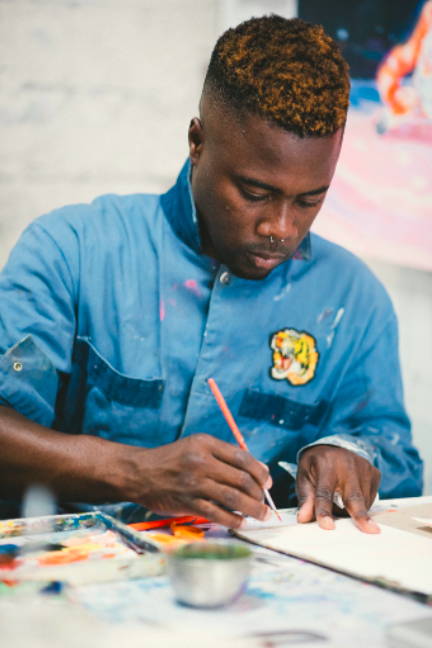 Raoul Olou is a multidisciplinary artist who grew up as a Beninese national in French-speaking Senegal. He has spent the last nineteen years as an immigrant living and working in six different cities: Dakar, London, New York, Paris, Montreal, and is now based in Toronto.

Concepts of nationality, citizenship, race, identity, and archiving the mundane are core themes that Raoul explores in his work. 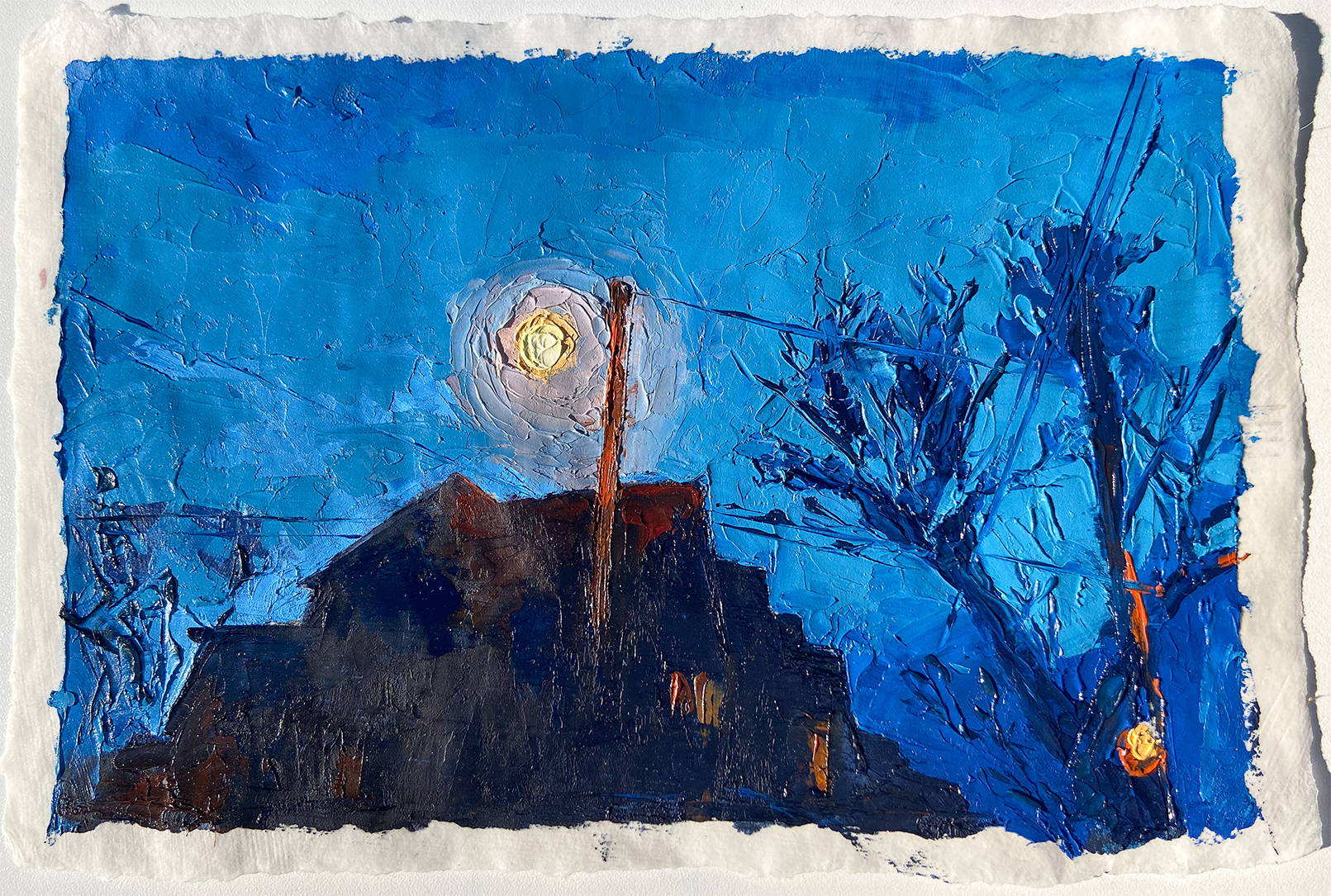 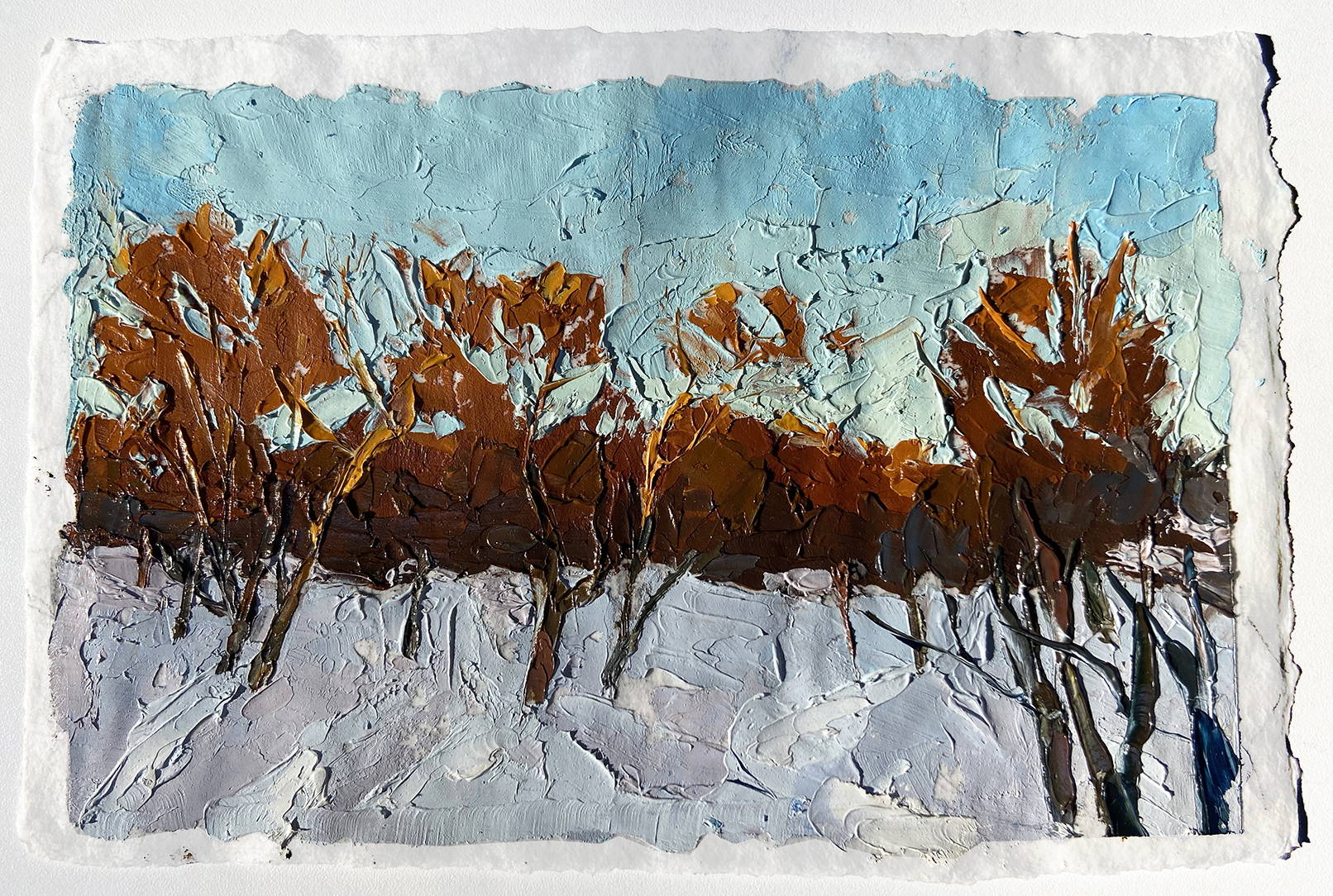 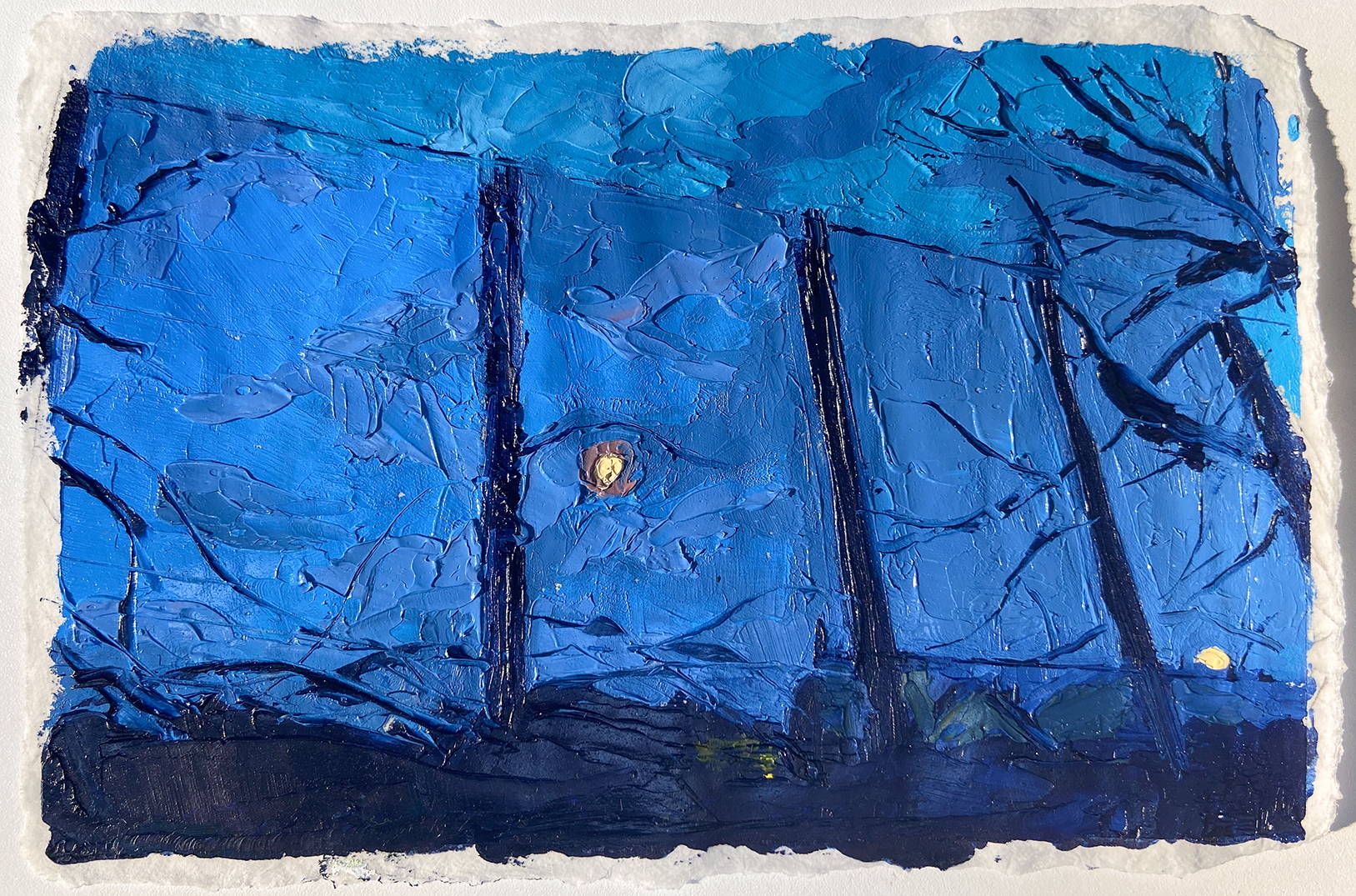 
Modern paper making processes come from a technique credited to Cai Lun, an Imperial Court affiliate in 105AD China. His invention and standardization of the process is considered a massively impactful part of human history.

In 8th century Baghdad a thicker paper was developed that could better support artistic media and human/animal-powered mills were built to further production. It wasn't until the 19th century that paper was first industrially mass-produced to accommodate the boom of newspapers and other literature being printed on a broader, global scale.

Want to learn more? Check out this information packed page on Britannica.